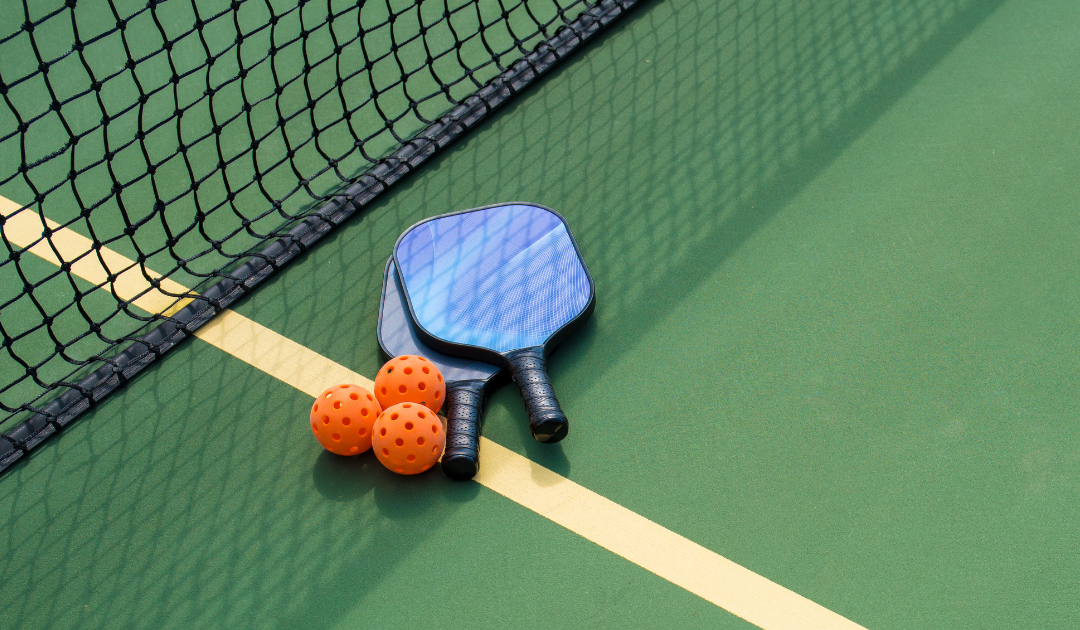 6 Things to Know Before Building a Pickleball Court 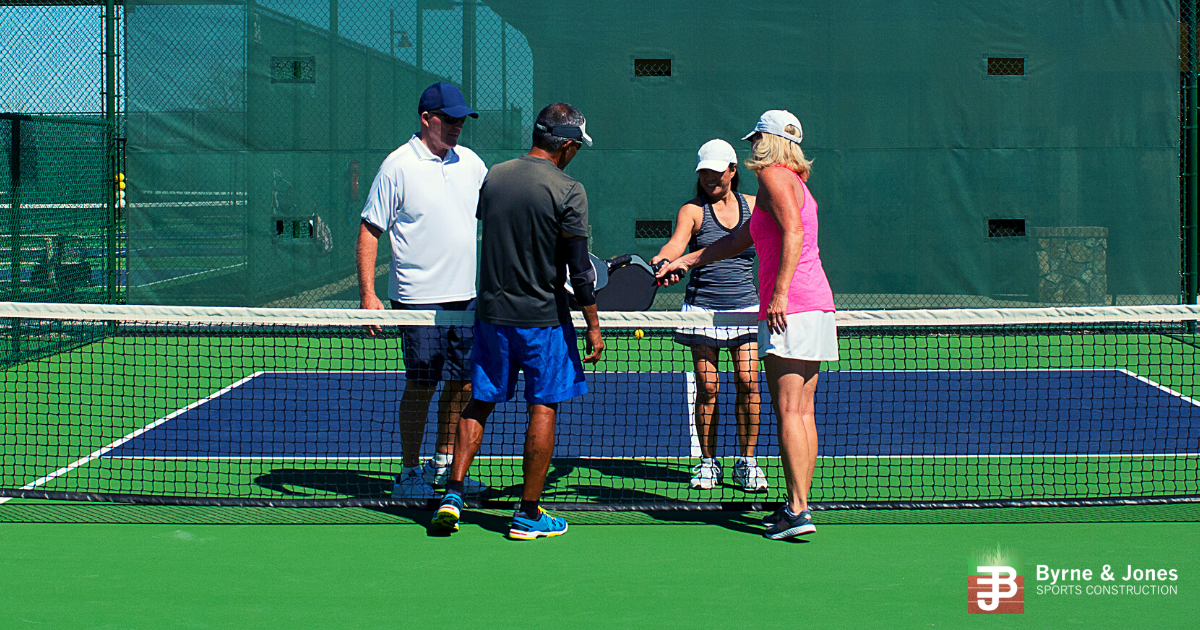 6 Things to Know Before Building a Pickleball Court

In a pickle about what to do this summer? Try out pickleball! This trendy sport has increased in popularity by 21.3% just in the past year. With warmer weather approaching, now is the perfect time to build a pickleball court! Not only is pickleball a great social sport, but it is a great way to exercise.

Pickleball is a combination of tennis, badminton, and ping-pong that can be played as doubles or singles. This sport can be played indoor or outdoor, and the only equipment needed is a court, net, paddles, and a ball.

2. What are the dimensions of a standard pickleball court?

Court measurements shall be made to the outside of the perimeter and non-volley zone lines. All lines should be 2 inches (5.08 cm) wide and the same color, clearly contrasting with the color of the playing surface. 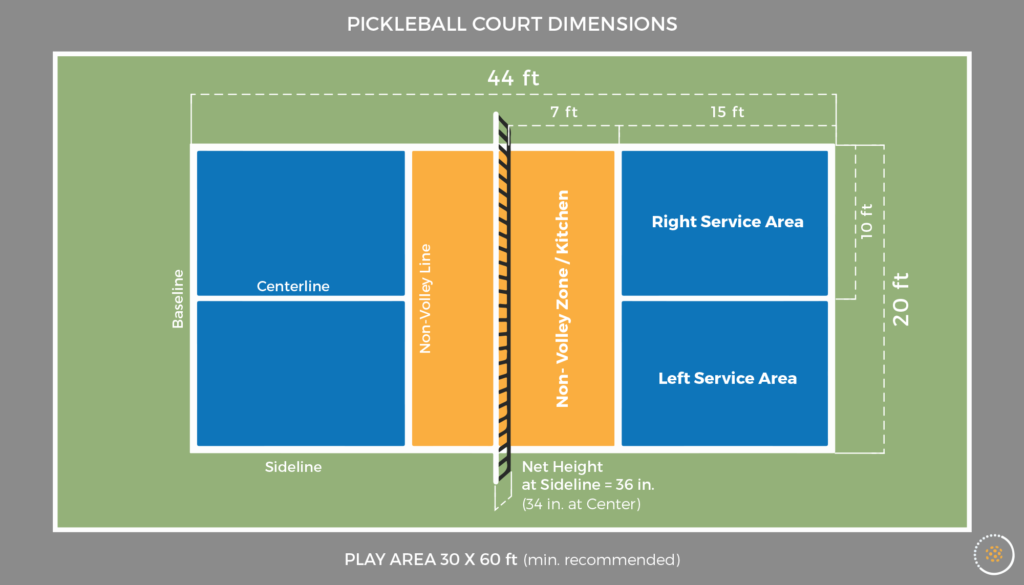 3. What is the difference between asphalt & concrete playing surfaces?

Asphalt courts are faster to construct, lower initial cost, and need more frequent maintenance. Concrete courts are more durable, low maintenance, and crack resistant. The biggest drawback to asphalt courts is that they crack (so may concrete). The difference is the concrete cracks don’t grow as wind as asphalt cracks. Asphalt can crack as wide a 2 to 4 inches. Post-tension will not allow the crack to widen, by keeping it compressed.

4. What are the rules of pickleball?

The game of pickleball is played similar to tennis. A game must start with one player standing in the right service court. This player will then serve the ball underhand and diagonally from behind the baseline. Only one serve attempt is allowed per server. The ball must bounce once before players are allowed to volley. This is the double-bounce rule. The ball is then played until fault. A team can score only when serving. In order to win, one team must score 11 points and lead by 2 points!

5. What are common pickleball phrases?

Volley: A volley in pickleball is the act of hitting the ball in the air before it is able to bounce.

Fault: A fault in pickleball is an action that stops play because of a rule violation. Various faults can include when a ball is hit out of bounds, a ball bounces twice before it is hit by a player, and when a ball is hit into the net.

Kitchen: A kitchen in pickleball is the non-volley zone of the court. It extends 7 feet from both sides of the net.

Rally: A rally in pickleball is when there is continuous play from the time that the ball is served until fault. 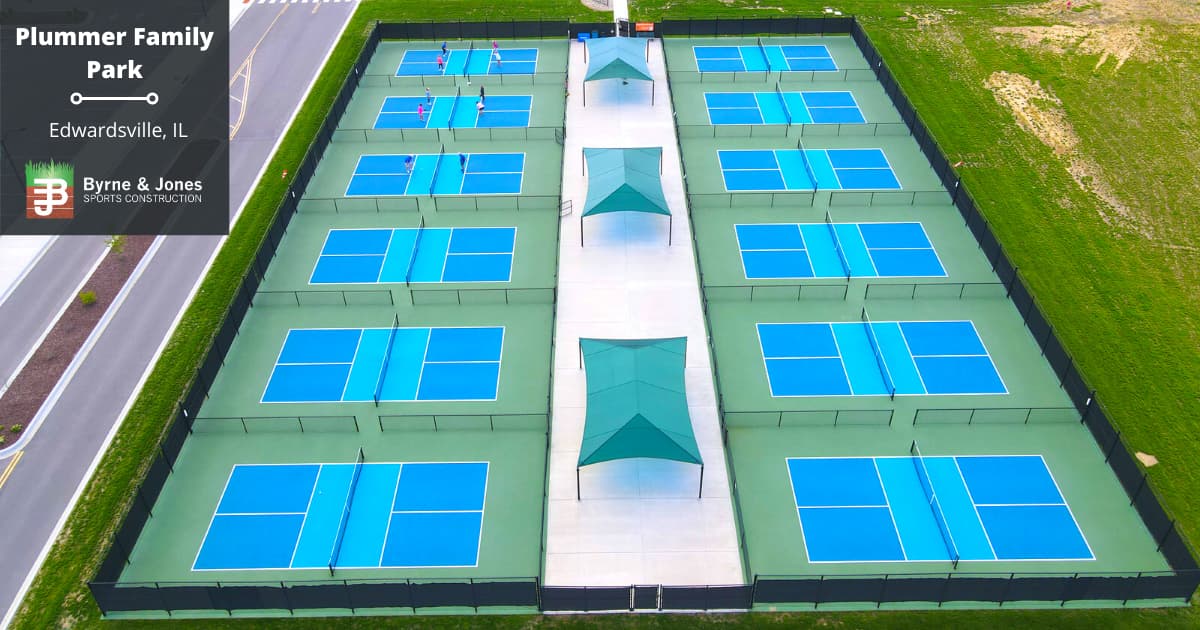 6. Why is pickleball popular?

Accelerated during the pandemic, pickleball has grown by 21.3% just in the past year according to the Sport and Fitness Industry Association (SFIA). A popular sport amongst older generations, this game is played on a smaller court compared to tennis, which allows for less movement. While this sport allows for less intensity than tennis, it is still a great way to exercise. Another appeal of this sport is the simplicity of the rules and ability to understand the game. Since one only needs a few pieces of equipment to play, this game opens itself to a window of people. People of all ages are able to find this sport enjoyable, and it serves as a great social activity.

Bonus: Why is pickleball called “pickleball”?

In 1965, Joel Pritchard, the inventor of pickleball, was vacationing at his summer home on the Bainbridge Island in Washington. Upon looking for a fun activity for their children, Pritchard, along with Bill Bell and Barney McCallum created the game of pickleball with some broken paddles and a whiffle ball. Pritchard’s wife, a fan of rowing, claimed that this sport reminded her of a “pickle boat in crew where oarsmen were chosen from the leftovers of other boats.” From there, the sport was named pickleball.

However, rumor has it that the game was named after Pickles, Pritchard’s dog that would chase after the ball during pickleball games.