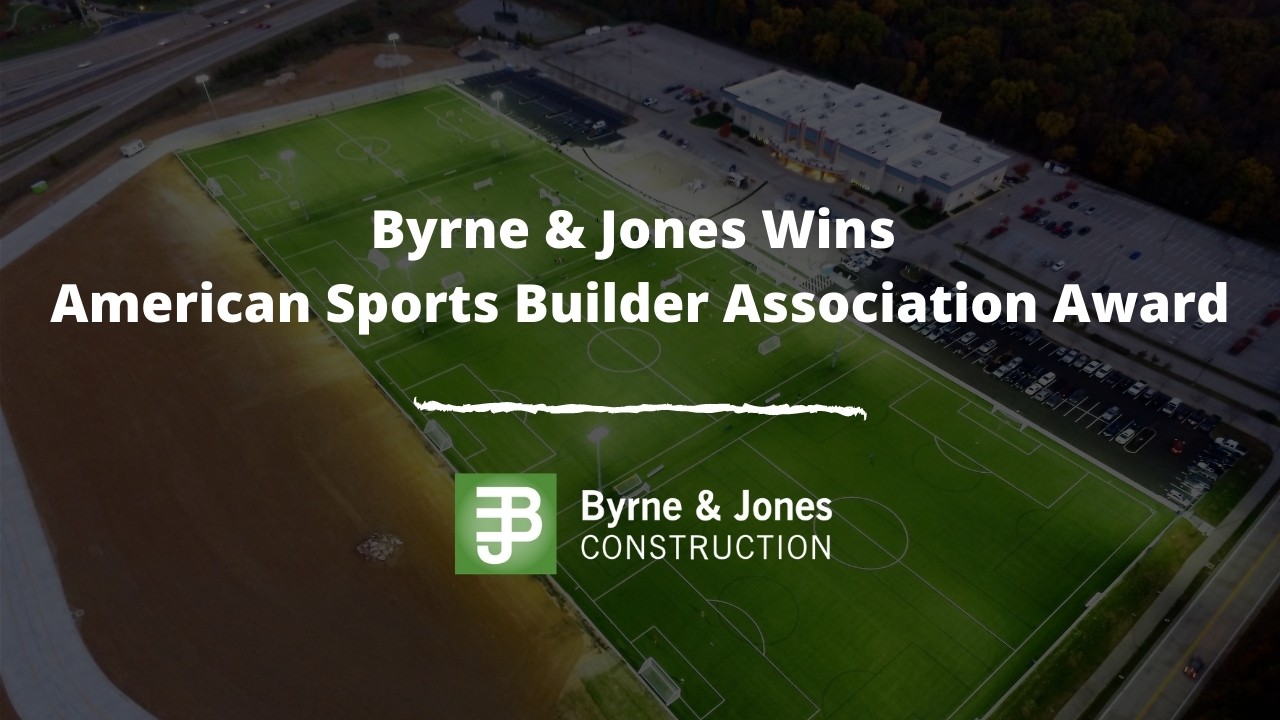 Multi-field complex in O’Fallon, Missouri recognized as one of nation’s best.

The American Sports Builders Association (ASBA) is recognizing the work done by Byrne & Jones Sports on behalf of the Missouri Rush Soccer Club for something that players, fans and coaches already know – their new facility in O’Fallon, Missouri is one of the best multi-field complexes in the country.

ASBA recently informed Byrne & Jones that the Missouri Rush Soccer Complex was a finalist in the Multi-Field category of its annual awards program that will take place in Scottsdale, Arizona in early December.

Soots, who in addition to being President of Missouri Rush also served as the Construction Manager, praised the work ethic of Byrne & Jones. “I would definitely say the staff of Byrne & Jones exhibited a lot of the same core values as we try and emulate in our approach,” said Soots. “Jason Simpson, who was Byrne & Jones Superintendent on the project, held the entire staff to a higher standard – and it shows in the end product,” added Soots.

The four soccer fields certainly see a lot of action. Over the past three years, Missouri Rush Soccer has grown to be one of the three largest clubs in the metro St. Louis area, working toward its mission of providing a safe and enjoyable environment for everyone to grow as players and people.

“Two years ago when we awarded Byrne & Jones the project in a very tight competition, Matt Hicks, their Director of Project Management, brought a real comfort level that proved to be the deciding difference,” said Soots. “Over the course of the project they really brought it home when it came to making you feel like family. And their understanding of working with the multiple trades around them really helped bring this project to life,” added Soots.

Now, Byrne & Jones Sports Construction is being recognized for their work by the ASBA – and soccer players from around the region are experiencing first-hand the excellence of the entire facility.

To put it simply, it’s a Rush – and that’s what soccer’s all about