What is slip-form concrete paving?

Slipforming enables continuous, non-interrupted, cast-in-place concrete structures which have superior performance characteristics, most importantly no joints or forms that are used. Primarily, slip-form paving differs from other paving methods in that fixed side forms are not used. The 10 to 48-foot long side forms of the slipform paver slide along with the machine, exposing the slab edges behind it. Because the concrete is thoroughly vibrated, it does not slump when the side form support is removed.

Slipforming relies on the quick-setting properties of concrete and requires a balance between quick-setting capacity and workability. Concrete needs to be workable enough to e placed into the form and consolidated, by vibration, yet quick-setting enough to emerge from the form with strength. This strength is needed because the freshly set concrete must not only permit the form to “slip” by the concrete without disturbing it, but also support the pressure of the new concrete as well as resist collapse caused by the vibration of the compaction machinery. 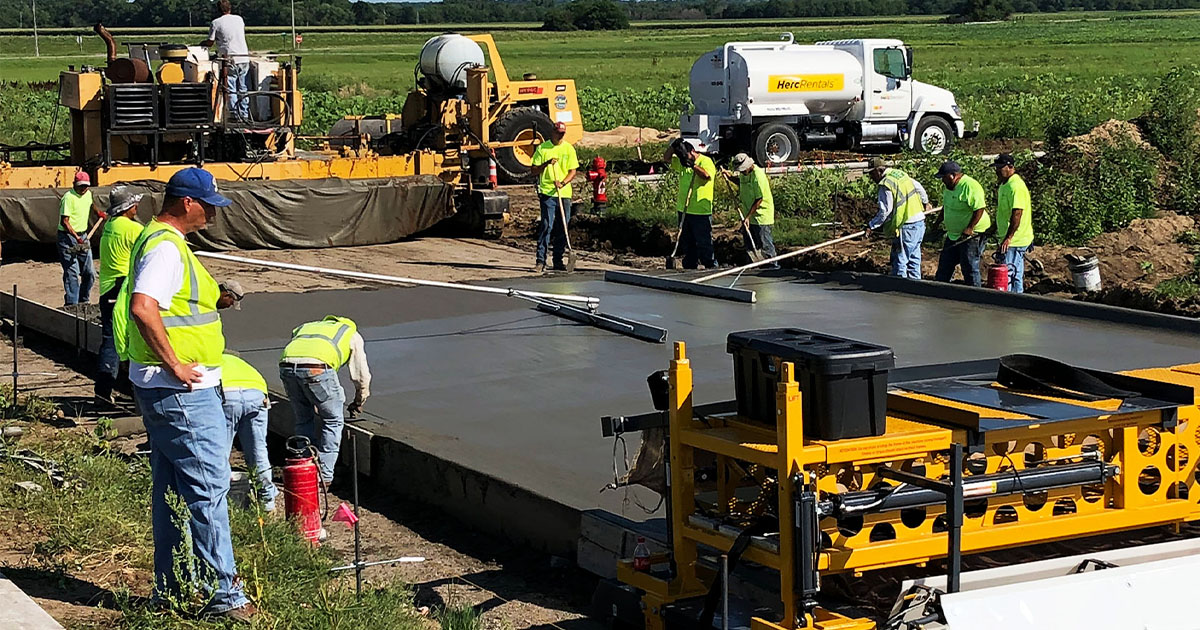 How does the paver work?

Depending on type of slip-form paver used, it can do the finish grading; spread the concrete over the subgrade; vibrate, tamp strike-off and shape the concrete to the desired thickness and surface conformation.

A portable engine-generator unit provides the electrical power for all the operations of the paver. It powers the crawler track that propel the paver at a speed up to 18 feet per minute.

The cement is deposited directly in front of the paving machine or into a hopper box. The paver then goes into action. It spreads the concrete by means of a paddle or dozer-type-strikeoff. An adjustable spreader or screed strikes off the concrete approximately one inch above the finished height of the slab. This is followed by vibrators, tampers, and oscillating bars in various configurations depending on the make of the paver.

Except near the starting and stopping points, usually no hand finishing is required. A burlap drag is attached to the last truss spanning the slab. This gives the concrete its final surface finish. A pigmented membrane curing compound is applied immediately after the burlap drag. In time the usual sawing and sealing of joints are done.

One of the big advantages of slip-form paving is economy the reduction in personnel required and the speed at which the pavement can be laid often add up to considerable savings. 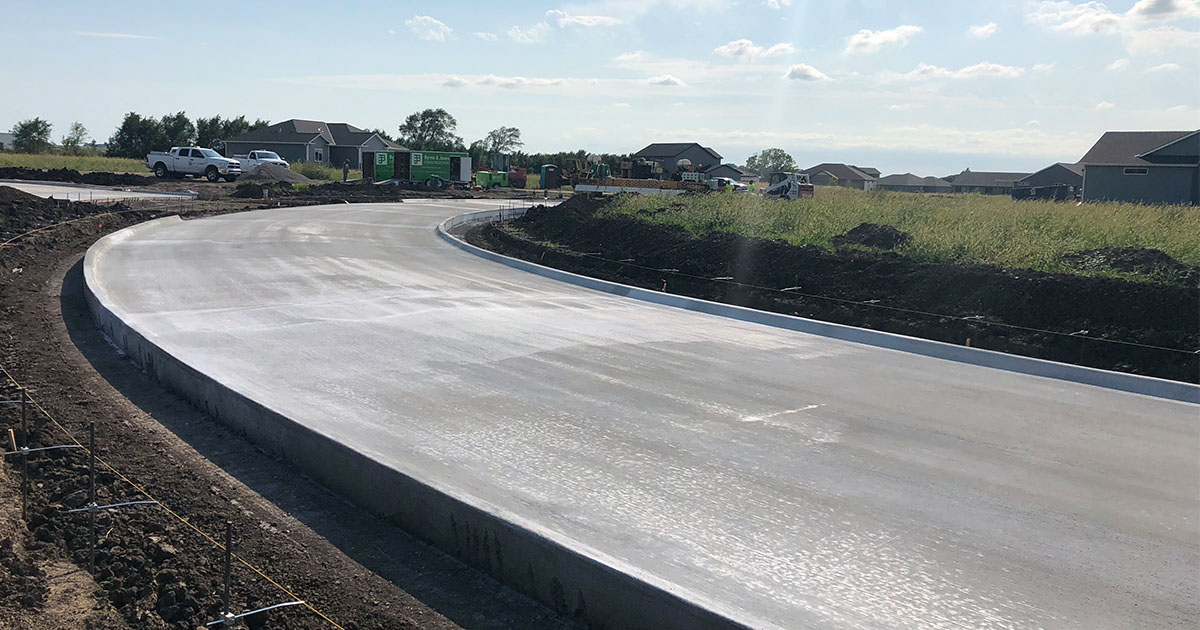