With the completion of Chaminade Preparatory College School’s new baseball field in time for the spring season, Byrne & Jones Sports completed a construction building trifecta – having self-performed all the work on Chaminade’s football field, running track and the new baseball complex. It’s all part of an on-going relationship that began in the late 1990s, when Byrne & Jones installed a new running track for the private high school and middle school located in St. Louis, Missouri. That relationship is still going strong thanks to Byrne & Jones Sports responsiveness, knowledge and continued attention-to-detail. 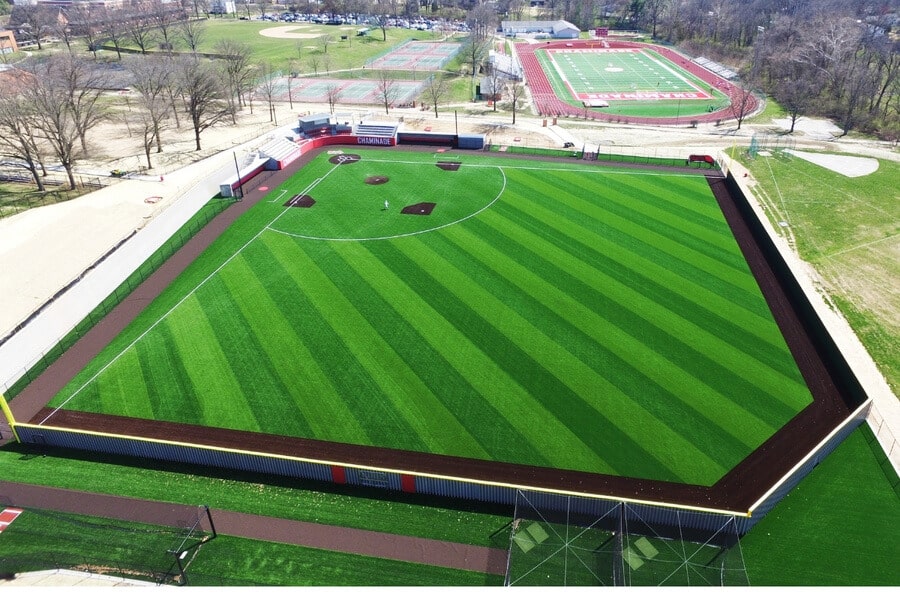 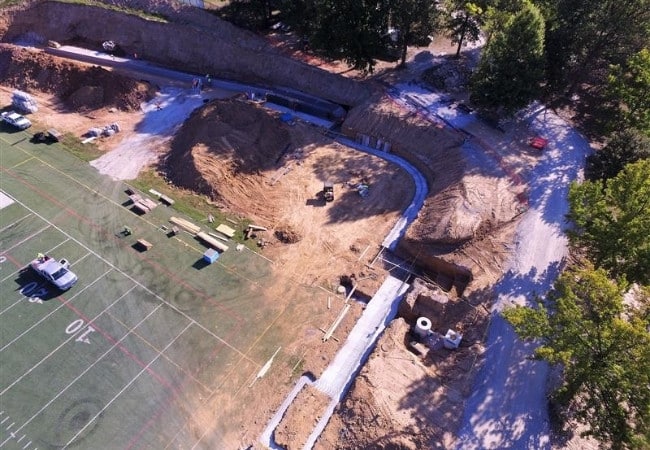 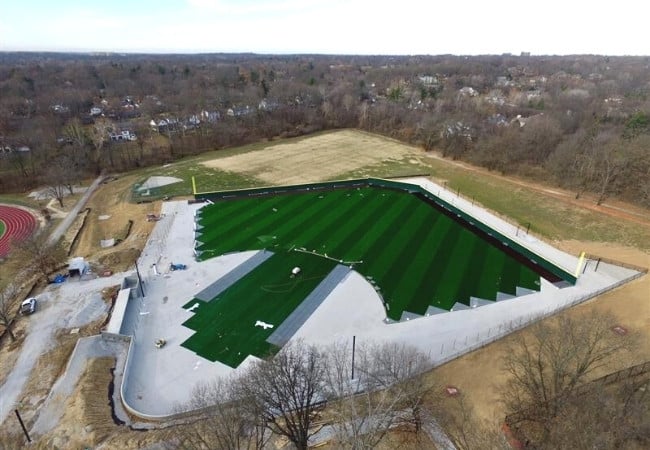 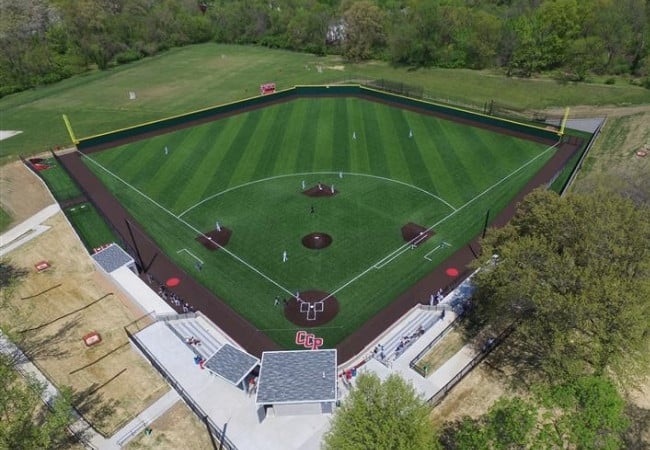 In 2008, Byrne & Jones Sports installed a synthetic turf practice soccer field. In the summer of 2016, work began on the new football field, which was completed in a 13-week time frame – a full three weeks less than normal schedules.

In early 2017, Byrne & Jones was once again chosen by Chaminade, this time for the removal and replacement of the track surface surrounding the football field. As a turf neutral installer and presented a number of different pricing options helped with Chaminade’s decision. Ultimately, Chaminade chose a field turf classic HD for the synthetic playing surface and added in CoolPlay an Extruded Composite top dressing that helps make the playing surface as much as 35 degrees cooler to help in those dog days of August.

Finally in 2018, Chaminade turned to the team at Byrne & Jones to design and build their new baseball stadium. The end result is one of the finest high school baseball stadiums in all of the country. In fact, Chaminade’s baseball stadium was awarded the 2019 Distinguished Single Field Award by the American Sports Builders Association.